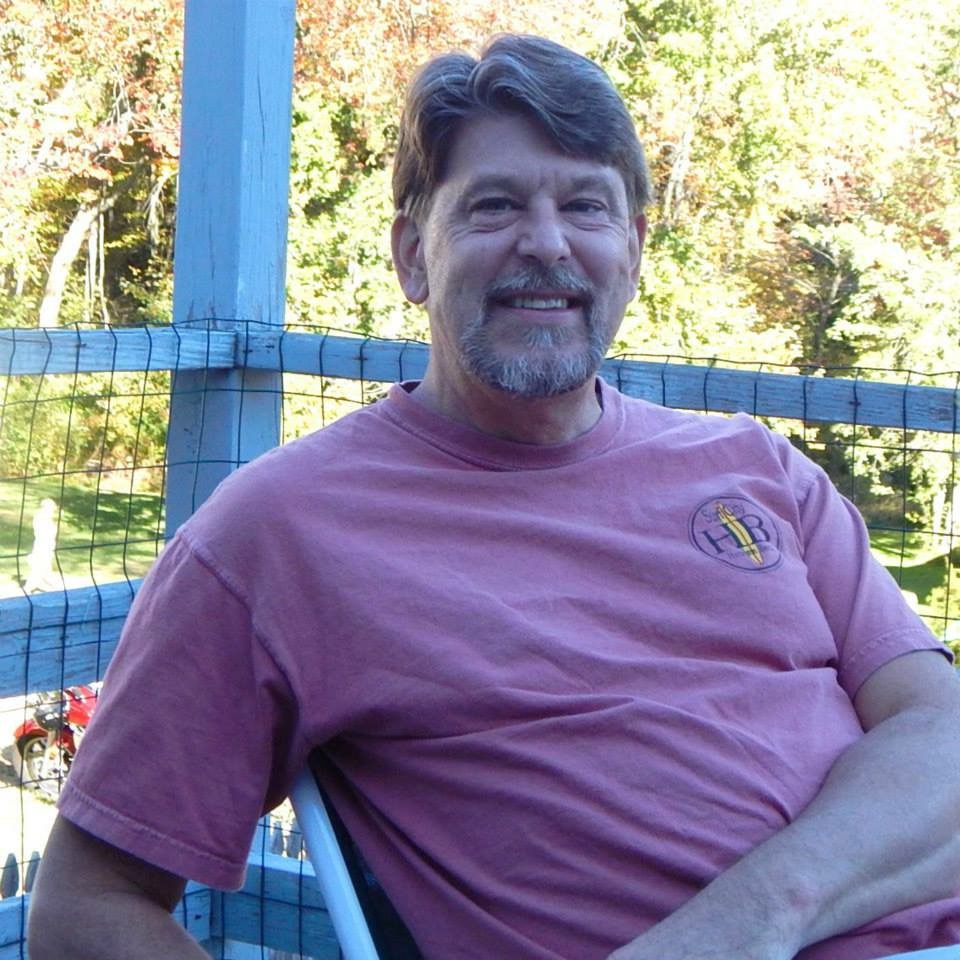 
“From an incandescent sunset on Long Island Sound to an iconic pop-kitsch ice storage bin at the neighborhood  corner store, Rob Brooks offers us a visual journey from the real to surreal.
Rob Brooks paintings depict a post-pop, illuminated cruise on the American highway, somewhere between a sylvan paradise and strip-mall hell. Nature is enveloped into a plugged-in neon-lit mindscape between Thoreau's contemplative wilderness and the hallucinatory electricity of the Las Vegas strip.
Brooks, trained at the Art Institute of Boston, is a lyrical poet of both rural and urban scenes -- all painted with a richly charged palette. His magical eye for chromatic values and mysteriously contrasted shadows has awed collectors.”

New England fine artist Rob Brooks is a contemporary  painter who brings Social Realism back to the forefront. Born in Springfield, Massachusetts in 1962, Rob has been a full time professional artist since 1983. Educated at the Art Institute of Boston, Rob studied under Nathan Goldstein and received the Academic Achievement Award at his graduation.
After graduating, Rob began a 14 yearlong career as a freelance illustrator. He was eventually asked to join Renard Represents of New York City, one of the illustration industry's most prestigious artist groups. Rob created award-winning paintings used in advertising campaigns for clients such as AT&T, IBM and Microsoft, to name just a few. Rob was commissioned to create paintings used for the covers of two issues of Der Spiegel, Germany's equivalent of Time Magazine. One of Rob's paintings was used on the cover of Sydney Sheldon's novel "Nothing Lasts Forever".
After moving to Cape Cod in the early 1990's, Rob spent more and more time concentrating on his fine art, painting outdoors and connecting with the beauty of the coast. Nature's repetitive rhythms and the intense, saturated light along the shore fascinated Rob. Although still a realist, this led to an abstract quality in his approach to composition and color.
Rob showed regularly in galleries around the United States, and his success resulted in his switch to painting fine art full time in 1997.
Soon after, Rob began painting urban figurative narratives that combined the abstract compositional elements of his coastal works with the abstract psychological elements of our increasingly isolated culture. As communication shifted away from the personal to email, cell phone and texting, Rob saw an abstraction of reality that he captures in his well-orchestrated paintings.
The sometimes stark, always compelling nature of his work has been described by the Cape Cod Times as "pop art with a hint of surrealism", and "hard-edged impressionism." His contemporary, realistic artworks spring from a rich color palette and strong lines to create unique and compelling perspectives.
Mr. Brooks follows in the tradition of the Northampton Realists, but with a unique style that is all his own. His work could be called Modern Americana and it focuses on urban scenes, seascapes, contemporary icons and, in his words, "kitsch." His use of vivid color, and deliberate brush strokes yields realistic yet thought-provoking images of the modern world, with a hint of the surreal.

"Rob Brooks, who is viewed as one of the most interesting artists on the Cape, is on the edge of his future. His art, which is large, confident, and enthusiastic, is also meditative. Brooks' work suggests the influence of impressionism, realism and surrealism combined with his own sense of composition and balance, as well as daring color and a deliberate brush stroke, to create a unique, compelling style."